(The above shows only a cutdown of the ticketed live stream. The original screening was 90 minutes)

“The laptop screen pulsates with images of hands in lurid colours that distort and repeat ad infinitum. The retro neon graphics of Bicep’s live stream announcement gradually give way to elegant organic visuals; these in turn form stark, generative abstracts. The Bicep logo – think Manx flag – appears inside a rolling circle within another rolling circle, like a psychedelic geometry assignment whose equation is just out of reach.

From time to time these retina-searing visuals ebb away, leaving behind reality: two black-clad men facing each other in an empty white room. Gear is laid out before them symmetrically. We are in London’s Saatchi Gallery, but the walls are bare. Bicep are supplying all the art: a luminous, 21st-century spin on 90s rave music.” 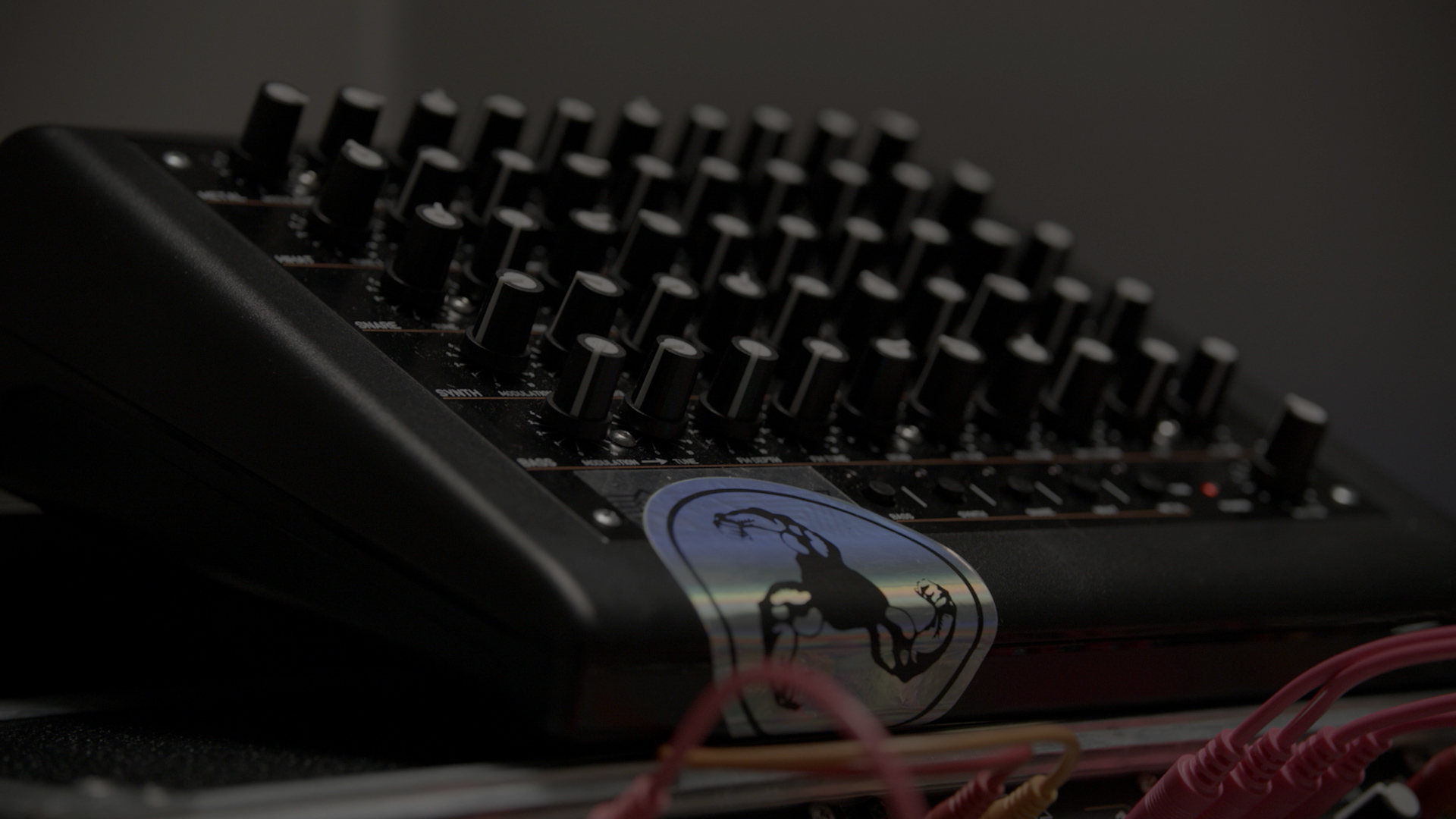